I have written late last month on the soft launch of the Spice CSL MI 350, also nicknamed as SWITCH Dual. With the physical mobile phone in hand now, I would be able to describe more on its user friendliness. It’s running on Android 2.2.2 platform, with 5MP camera and came with WiFi functionality. Mobile users can simultaneously utilize 2 SIM cards, meaning one line can be use for incoming, outgoing calls and SMS/MMS while the other can be used strictly for internet browsing. Each CSL MI 350 would come in a small hard box with the mobile phone, AC adapter, mini USB data cable, Li-ion 1500 mAH battery, headset with extra ear plugs, quick start guide booklet and warranty card. 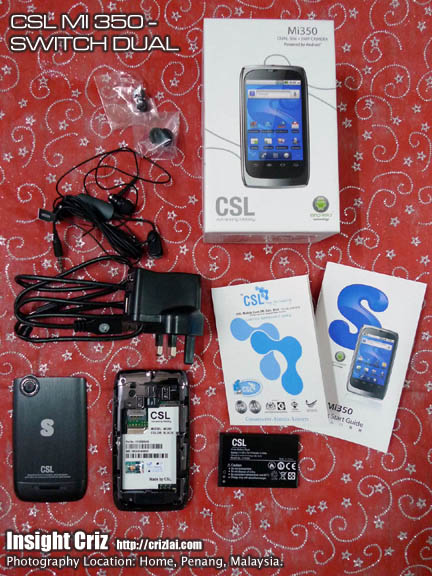 Other than the specification given below, what else would expect from this promotional priced RM699 SWITCH Dual? 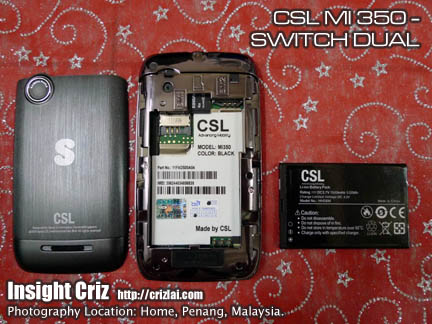 The built is rather solid with a metallic feel and the size is just right to be fitted into my palm. It has just the right weight compared to the heavier CSL MI 300. It came with a 4GB MicroSD and a 512MB RAM. Touch screen sensitivity is real good. You can barely feel any lags at all. In fact, you might need to slow down a bit on the over sensitivity. Streaming and searching of YouTube videos was quite smooth. The device is preloaded with a number of social apps such as Blueberry Messenger, Blueberry Store, Facebook, Google Talk, etc. You can easily download more free apps at the Android Market. Browsing the internet would not be a problem even without inserting any SIM card as the unit has a built in WiFi 802.11n. It worked well in my home based WiFi without any problem at all. 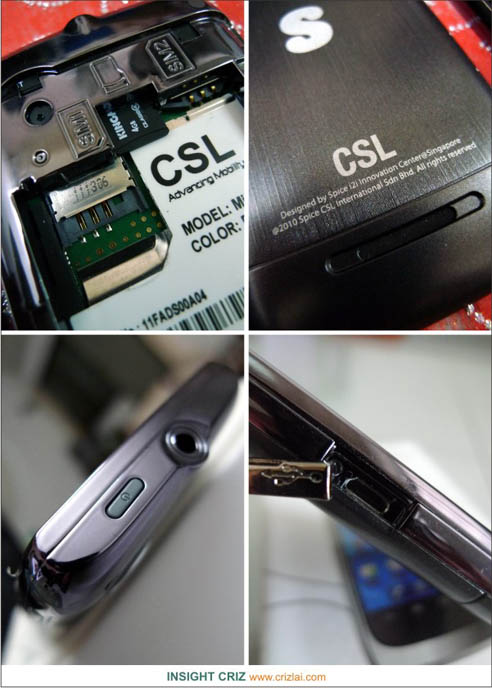 Although the built in camera is in 5MP with autofocus, the end result lacked the sharpness as would any other 5MP digital cameras and the colors differed a lot. This shot was taken within Dave’s Deli in Queensbay Mall with auto setting. The photo appeared in 36” x 27” in 72dpi. (Please click on the photo below for the actual size) 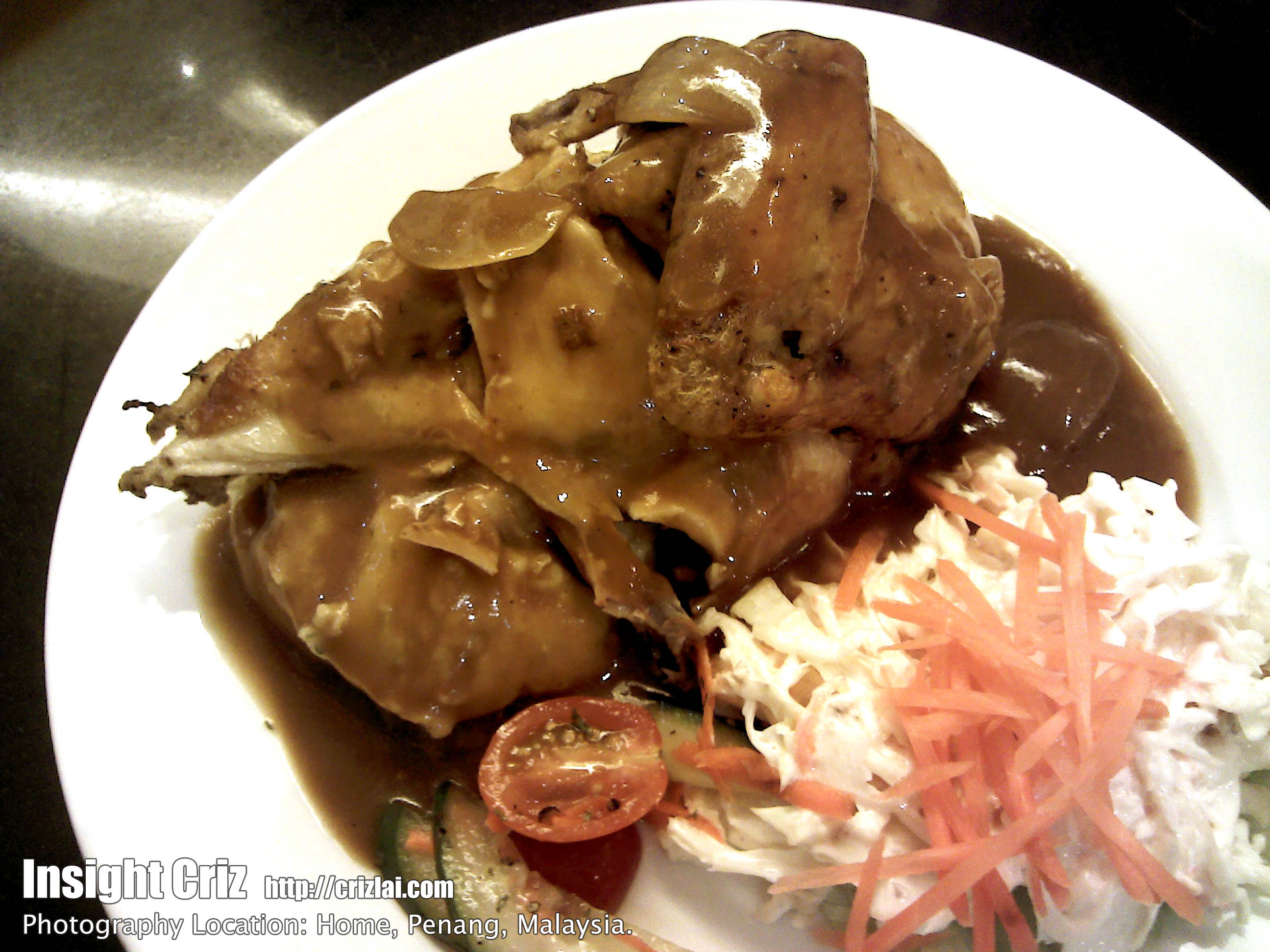 The battery life span is rather short even if put on hold without much internet browsing or Facebooking. A fully (100%) charged battery would last approximately 10 hours. Thus, it would be quite inconvenient to carry around the charger plus date cable. Moreover, a car charger was not provided in the package which made matters even worst if you are always traveling around in your vehicle. With a wider touch screen of 3.5” HVGA, visual is quite good but then the virtual keyboard is still a bit of problem for big fingers people like me. Keying in alpha numerical characters would surely need lots of patience. Tilting of the screen was limited to a few angles and apps but that was not much a major problem. I had JAVA installed as well as shockwave player installed from the market but it still won’t load any flash based website. I’m sure there should be a way as playing FLV files from YouTube was not a problem. 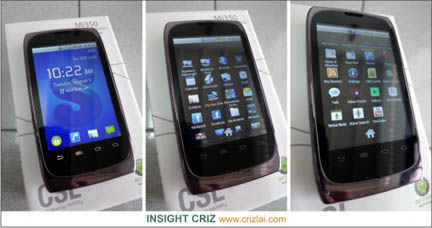 The MI 350 might not be the best smart phone in the market, but it certainly has a great responsive touch screen with great preloaded apps. At RM699, it’s definitely cheap and would just fulfill the basic needs of a new Android smart phone user.

For more information and future developments, you can check out CSL Malaysia’s official website for more updates.